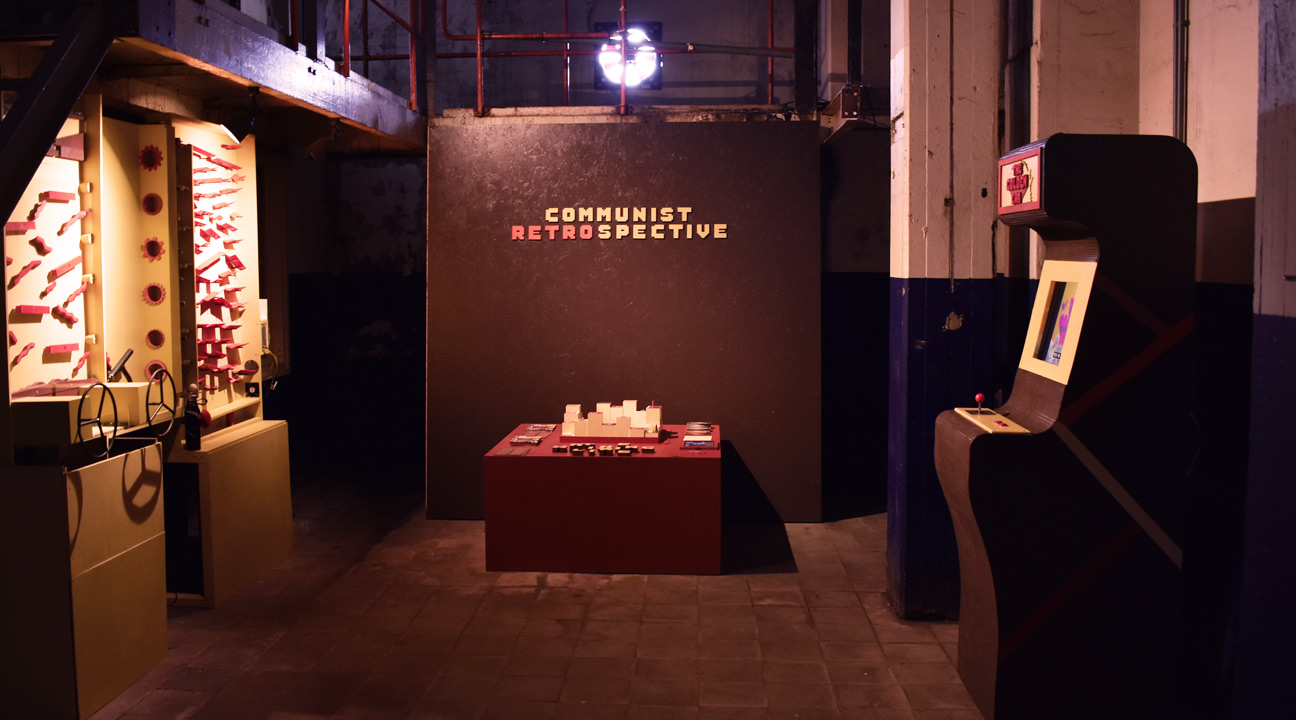 Communist RETROspective is an art installation consisting of three games, inspired by stories from communist Romania, especially 1980s and Nicolae Ceausescu’s rule. The project is a collaboration between a few students from Minerva Academy, coordinated by Antonia Oana, who’s role was the one of an art director, content creator, and designer. Over the past year, she researched the subjects and developed the concept for the installation for the three games with her team. The group worked based on the concept she realized in the research phase of the project. It tell the story of Romania in the 80s, a time when the country was under Communist rule and the citizens’ everyday struggles are hidden under a western approach to everyday life.

The first game is a 3D board game called “The Waiting Line” in which I tried to depict every day’s living expenses and how most of the time you have to pay a lot of money for basic services, but it’s just a few moments when you earn something in return. The game can be played by a maximum of 5 people and can take between 5-15 minutes (time set for the exhibition display). 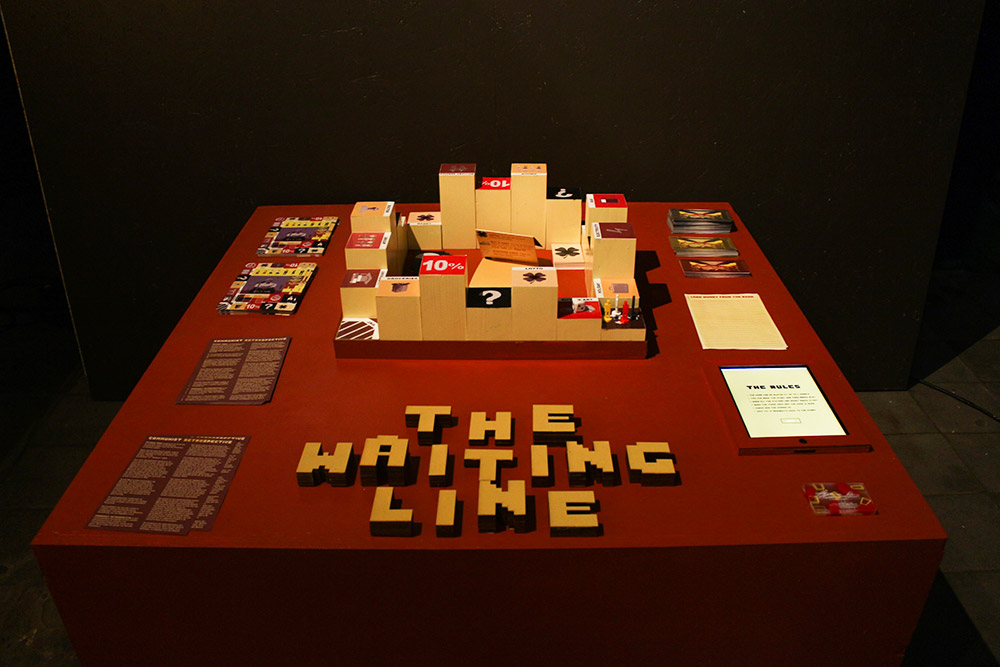 The second game presents “The Factory Life”, an interactive wall piece inspired by different tasks the working class had to do in different factories. In this game, you have to work together with another person “a comrade” in order to achieve a bigger goal. The purpose of the game is for you to collect “water drops”, for your daily intake or electricity, since they were given to people in a certain ratio. 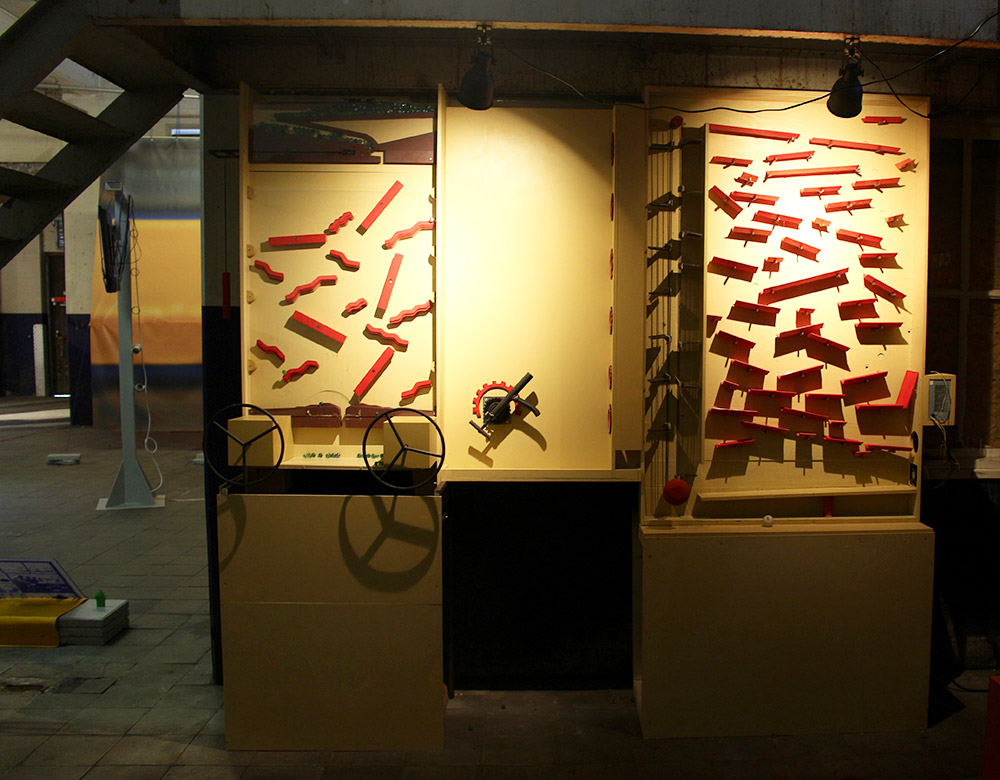 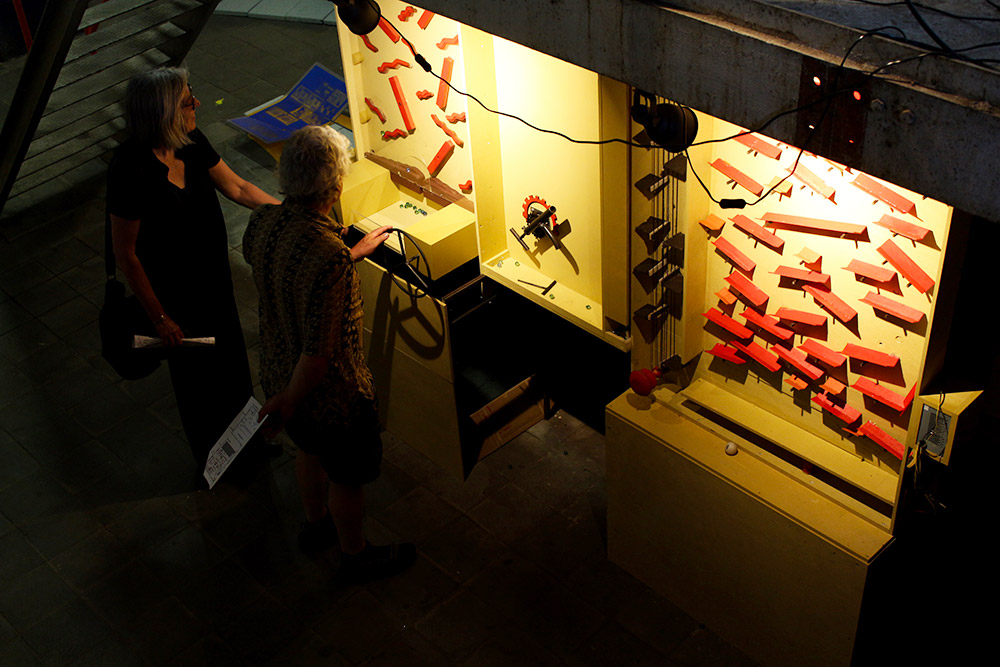 The last game is a digital game displayed on a retro arcade cabinet. The game is called “The Golden Era” and it depicts a person’s life within the communist system from a very small age, to the moment when they should become members of the party. The game has three levels, each one presenting an activity that the specific group had to do while being a member of several communist organizations. The goal of the game is to become a member of the Communist Party. 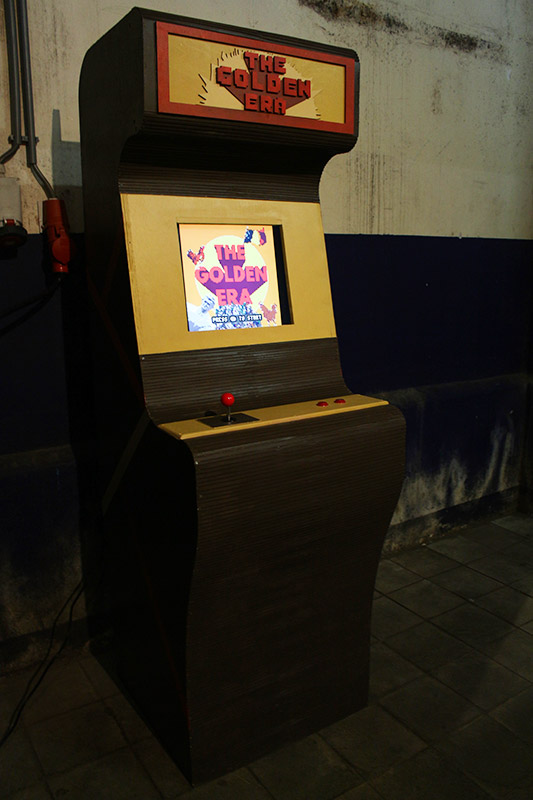 Having been intrigued by this project, I invited Antonia to have an e-interview session with me. I’m grateful to have had the opportunity to ask further questions pertaining to this project. This is what she has to say.

What inspires you to create this art installation?
The installation is part of my graduation project. It’s based on a research I’ve done during the 4 years of my bachelor program. My personal style is inspired by 1980s aesthetics like Memphis design. Starting from this art movement and the 1980s, I created a proiect that is personal and that represents me, therefore I wanted to include something related to my home country, Romania, which in the 1980s was still under the Communist rule of Nicolae Ceaușescu. This way I combined two different worlds into an art installation that resembles an arcade hall, a very representative symbol of the 1980s. Even though at core I am an illustrator and graphic designer I have a big interest for interactive art, games and toys design and I tried to connect all the elements into this installation.

What message are you trying to convey to your audience from creating this project?
I was born in the 90s so I didn’t personally lived those times. I wanted to recreate the experience that western countries had with the arcade rooms, combined with the experience of living in a communist country. It was very interesting for me to see how this two realities meet and how different types of audience experience this interactive art installation, from people my age or younger to people who lived those times.

How do you envision the future would look like in the art & design world?
I think the future is towards immersive art installations, with VR (Virtual Reality) and AR (Augmented Reality) taking over the “classic” ways of presenting art experiences. Media art develops by day, games are becoming more and more realistic and the new technology available for designing becomes more and more accessible. Nowadays there is a higher demand for jobs like content creator for social media platforms, with apps like Instagram, TikTok and Snapchat becoming marketing tools for all kind of businesses.

She is also available for commission work, mostly illustration, graphic design, but also set design and installation. You can also reach her at oana.antonia.ioana@gmail.com .

Hazel Lee is a digital designer and startup founder from Malaysia. Springing from her love for design, it has eventually inspired her to create this design blog. You can also check out her online portfolio at www.triplebytes.com Yes that’s her on the right. Monkey-ing around on her day off!