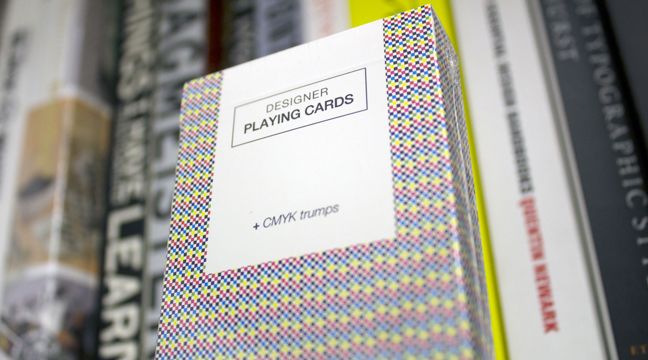 Freelance graphic designer James Tye recently launched his Kickstarter project designing a deck of cards, but they are no ordinary playing cards. The artwork on the cards, colours and the quality of the print is pretty and cool!

It comes in handy as CMYK colour swatches for designers on the go. We can tell that James has poured his passion for simplicity and a lot of attention to details on this project. They are ideal for graphic designers as well as anyone who loves playing cards.

Here’s what James has to say about the project.

As a graphic designer and a big kid, the idea to create a custom deck of cards that involved colour came naturally. I’ve always had a passion for print, working on various client campaigns over the years, and card decks offer so many play opportunities. After seeing so many decks on the market I felt there wasn’t a great deal out there for designers, so I made my own!” 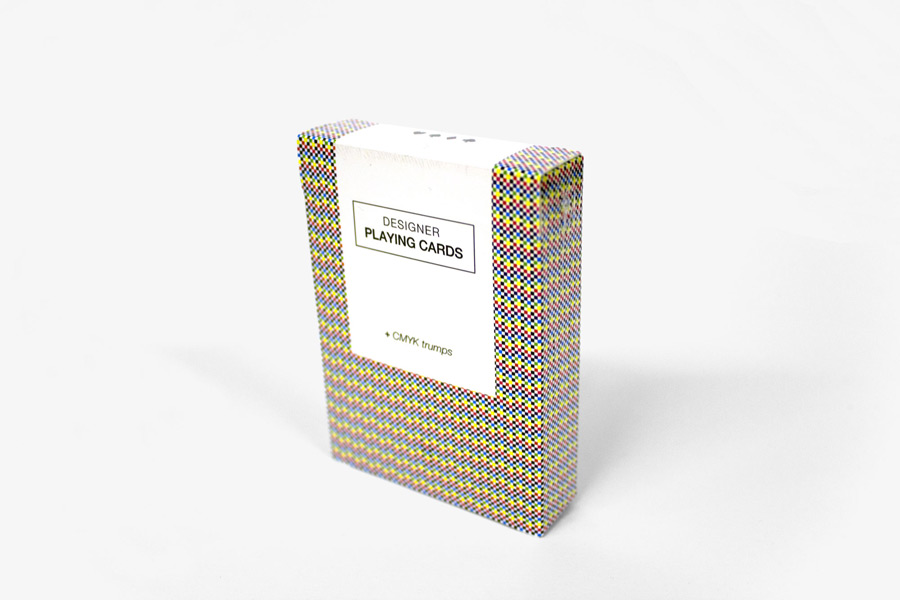 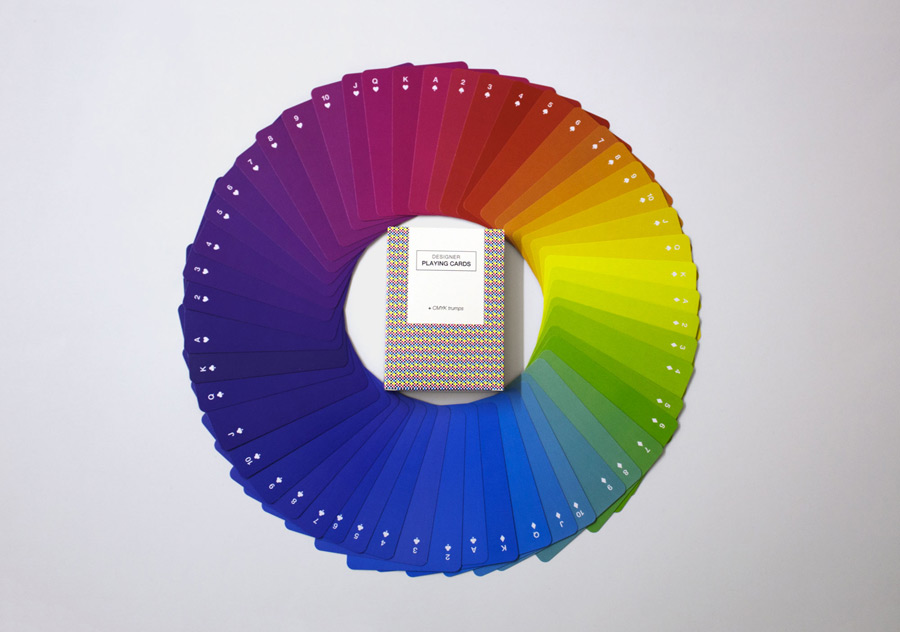 The deck has become a useful tool in gauging colours when working on projects on the go. Sometimes the Pantone swatchbooks are a little too heavy and bulky to carry and you just need something basic, that slips into your pocket to get an idea of colours. Not only that, it makes for a fun game of rummie in the office with your clients.

All in all, it’s a colourful deck, offering you a useful swatch tool and many play opportunities. And at only £5 (plus delivery) it’s the perfect gift! 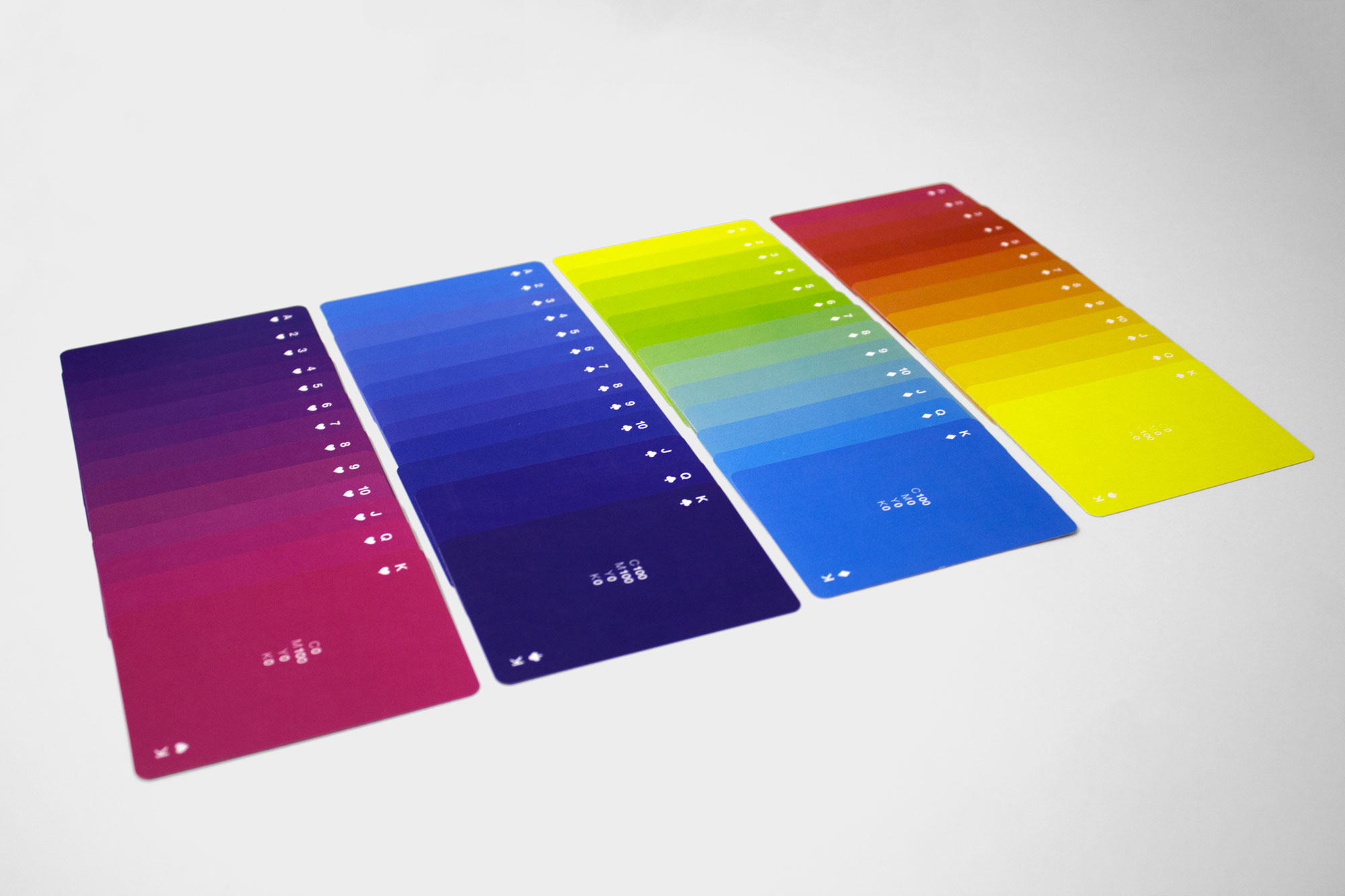 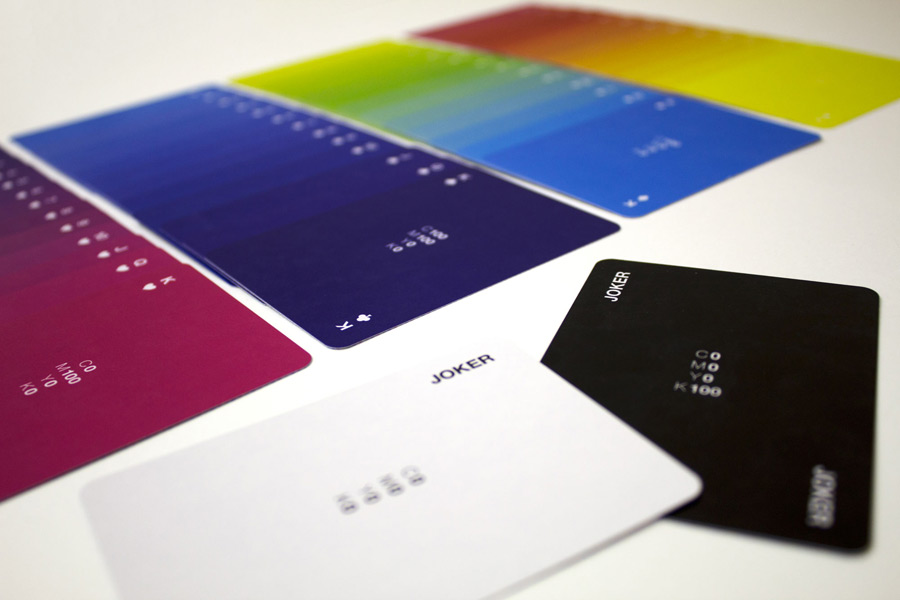 The limited run of 100 special limited edition is now sold out! So if you would like to own a deck, pledge your support to James by backing his project on Kickstarter. Click on the following link for more information.

You can also check out James’ freelance graphic design portfolio at: